Red is not the original plume color of flamingos. 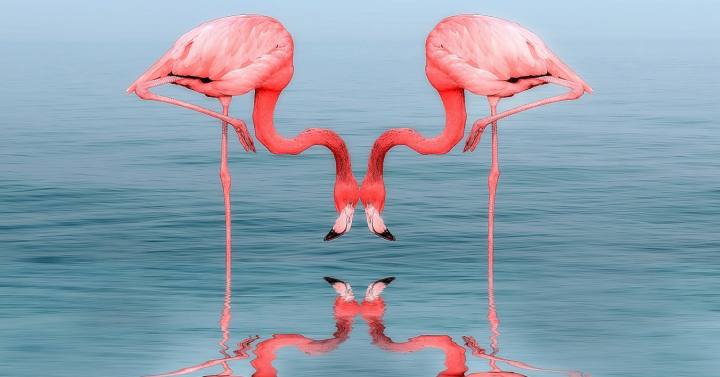 Flamingos are large water birds, mainly distributed in Africa, Central and South America, and also in some subtropical regions such as India and southern Europe, and occasionally appear in temperate and frigid zones. Their necks are long and often curved in an S shape. The body height is 1 to 1.4 meters, and the wingspan can reach 1-1.6 meters. 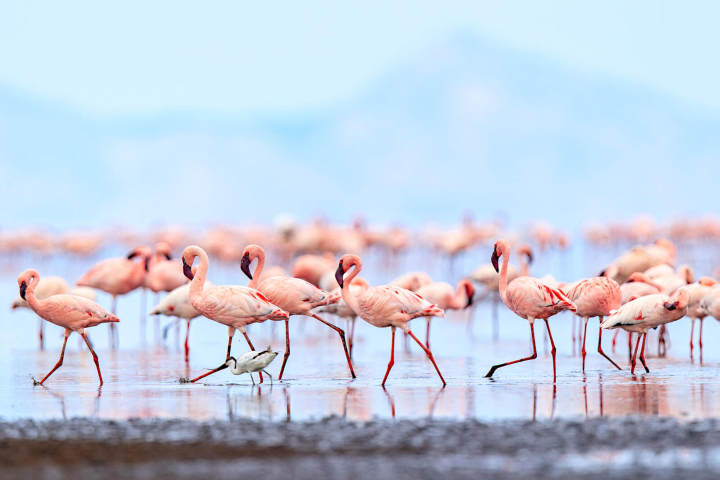 Flamingos have white and reddish feathers all over their bodies. The red is not the original plume color of flamingos, but comes from the chitin contained in the plankton they feed on. The beak shape of flamingos is particularly different in that the upper beak is smaller than the lower beak. When breeding, each female lays only one egg in a small hill-shaped nest, about 78-90 mm in size and 115-140 grams in weight. The incubation period is between 27 and 31 days. 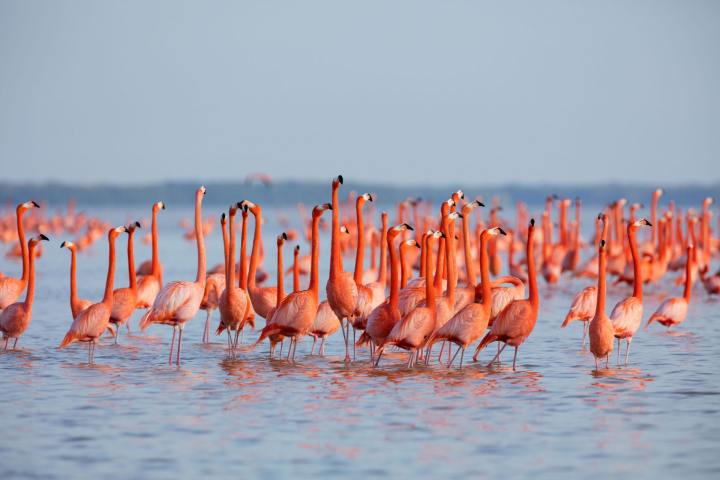 Flamingos live in lagoon swamps and some lagoons, where they feed primarily on algae and plankton. Some flamingos are more affected by fish. For example, Chilean flamingos only live in lakes without fish. This is because the food chain of Chilean flamingos is relatively small, and fish will deprive part of the food source of flamingos. 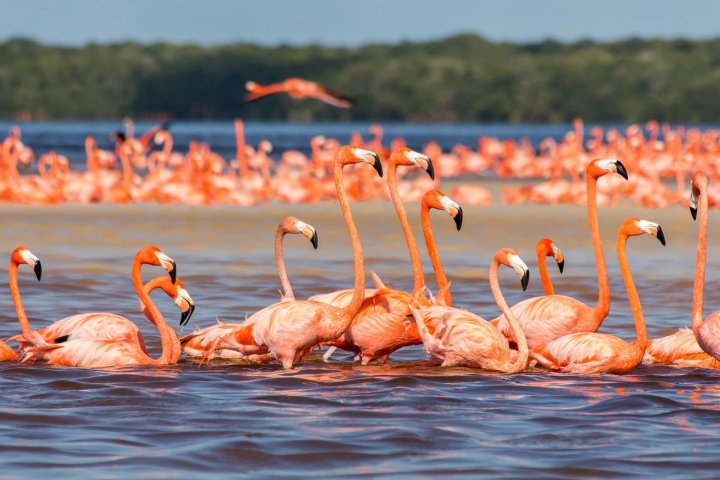 Flamingos like to live in groups. The flock of lesser flamingos in Africa is the largest flock of birds in the world today. They are not strictly migratory birds, only migrating during times of food shortages and environmental changes. Migration is generally carried out at night, and during the day at a high flight altitude, the purpose is to avoid the attack of raptors. Migrating flamingos can fly up to 600 kilometers per night at speeds of 50 to 60 kilometers per hour.